A Jewish child’s bar mitzvah or bat mitzvah is one of the most memorable days in his or her life, and also in the life of your family. Whether you are interested in a Saturday morning, Saturday afternoon, Saturday evening (Havdallah) or Friday evening service, the ritual of welcoming your Jewish teenage son or daughter into Jewish adulthood will be a momentous occasion.

Rabbi Jason Miller has officiated at over 100 bar mitzvah and bat mitzvah ceremonies. Each ceremony is creative and customized for your son or daughter. 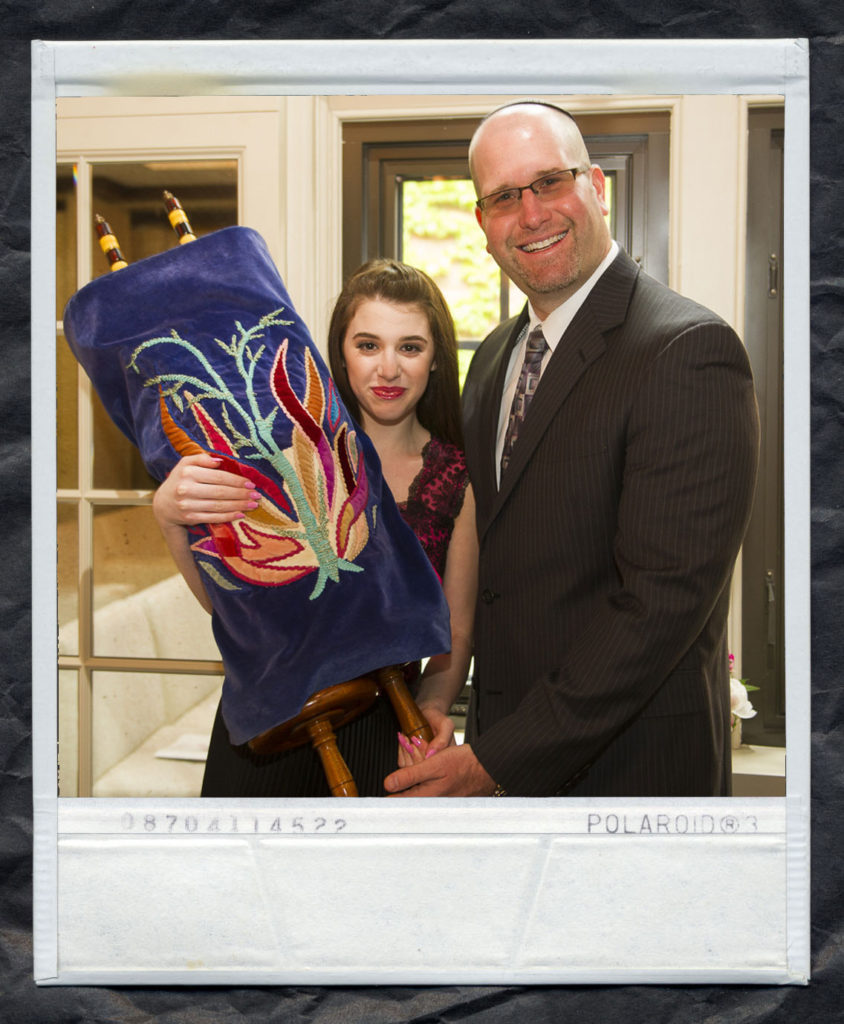 About the Bar Mitzvah / Bat Mitzvah Ritual (From MyJewishLearning.com):

Coming of age for a Jew, which happens automatically at age 13 for a boy and 12 for a girl, is termed bar and bat mitzvah, that is, obligated to perform the Jewish mitzvot (commandments). A ceremony marking the first performance of mitzvot such as being called up to the Torah to say the blessings (known as “getting an aliyah”) began to make sense only in the Middle Ages. Earlier, the age of majority had little practical meaning because minors were “permitted” (though not “obligated”) to perform many rituals that were later reserved only for boys who had reached the age of bar mitzvah.

History
The history of the bar mitzvah dates back to a fifth-century rabbinic text references a blessing (still part of a traditional bar mitzvah) recited by the father thanking God for freeing him from responsibility for the deeds of his child, who is now accountable for his own actions. A 14th-century text mentions a father reciting this blessing in a synagogue when his son has his first aliyah. By the 17th century, boys celebrating this coming of age were also reading from the Torah, chanting the weekly prophetic portion, leading services, and delivering learned talks.

Religious reformers of 19th-century Europe, uncomfortable with the ritual focus of the bar mitzvah, developed the confirmation ceremony, which celebrated the acquisition of the principles of Jewish faith by older teens. The confirmation ceremony quickly included girls as well as boys and spread to Reform and later Conservative congregations in the United States.

The bat mitzvah celebration made a late appearance in the United States with the bat mitzvah of Judith Kaplan in 1922. In the last half century, the bat mitzvah has been widely observed in liberal congregations, but has developed more slowly among traditional Jews, because women are not legally obligated by Jewish law to perform public mitzvot.

In the last three decades, an adult bar/bat mitzvah ceremony has developed that is not a coming of age, but rather an affirmation of Jewish identity for Jews who did not have bar/bat mitzvahs as children.

Practical Aspects
The meaning of the ceremony flows out of the planning details, which themselves are determined by a familial vision of what the event will be. Families must decide with whom they will share the event, when it will take place, what kind of celebration will follow it, whether it will involve social action, and on and on.

Usually, the child will begin preparations for his or her bar/bat mitzvah about a year before the big day. At the bar/bat mitzvah, the child will generally get an aliyah and usually chant the haftarah (prophetic reading) as well. Many children also chant all or some of the weekly Torah portion and/or lead all or part of the prayer services.

Contemporary Issues
Egalitarianism and feminism have pushed the development of meaningful bat mitzvah ceremonies for girls in traditional communities, and some Orthodox feminists want rabbis to explore the legal texts and develop a consensus on expectations for a girl’s bat mitzvah in the public sphere.

Bar MitzvahAn issue that has reshaped the bar/bat mitzvah ceremony in some liberal communities is the appropriate balancing of individual desires and communal norms. When adopted children are ready for bar/bat mitzvah, for example, the issue of conversion can become a problem. Whereas the parents feel at a gut level that their children are Jewish, because they have been raised in a Jewish family, halakha (Jewish law) maintains that an adopted child is not Jewish unless formerly converted. Another instance of the increasing weight given to individual needs is the inclusion of many new ceremonies that highlight the bar mitzvah child yet may alienate regular congregants whose service is being lengthened for a child they may not even know.

While the popularity for b’nai mitzvah ceremonies is increasing, and more Jewish pre-teens are interested in having a bar/bat mitzvah, there are many Jewish families who are not members of synagogues and are creating personal and privatized ways to mark this coming-of-age ceremony.